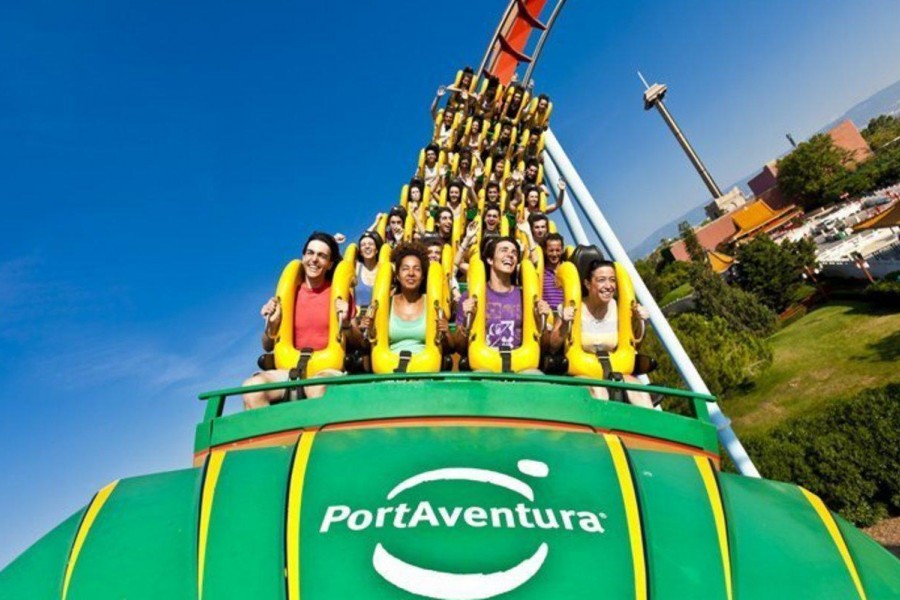 1 full day excursion to the Port Aventura theme park. We include the entrance to the park as well as the food.

PortAventura World (legally Port Aventura Entertainment, S.A.U.) is a leisure complex, located in the Tarragona municipalities of Vilaseca and Salou in Spain. With 5.2 million visitors during 2019.5 it is one of the main attractions of the Costa Dorada, it has PortAventura Park, the most visited theme park in Spain and the sixth in Europe during 2017.6

The complex, which has been expanded several times since its creation, consists of two theme parks (PortAventura Park and Ferrari Land), a water park (PortAventura Caribe Aquatic Park), a golf course (Mediterránea Beach & Golf), five themed hotels of 4 stars and one of 5. On April 7, 2017 a new extension was inaugurated, Ferrari Land, the only Ferrari theme park in Europe and the second in the world. PortAventura World also has parking for motorhomes.

In the vicinity of PortAventura World, Hard Rock Entertainment World will be installed, a tourist and leisure macro-complex that will have two hotels, a shopping center and a casino, which will mean the expansion of the PortAventura World resort, including the theme parks and the park aquatic, because it is planned to build six complexes that will recreate different areas of the world, such as China, the United States, Brazil, Russia, India and Europe.