Full day or half day in Montserrat 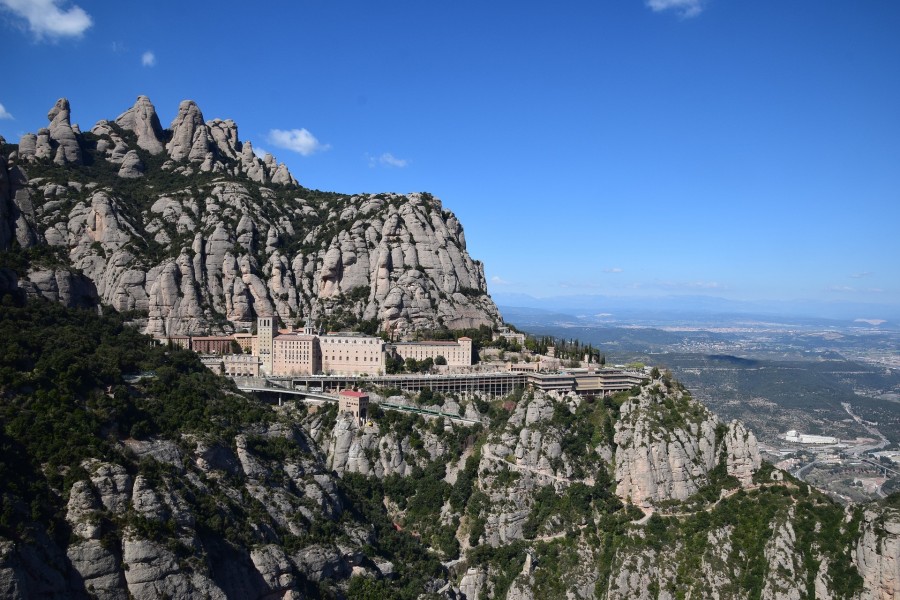 Full day or half day in Montserrat

Through small towns in the province of Barcelona, ​​we reach the mountain of Montserrat, located at an altitude of 1,235 m. Visit of the Royal Basilica, where we can see the famous 12th century sculpture of the "Black Virgin Virgin". </p> <p> In exchange, we will stop at the optional port of Barcelona, ​​if you want to go out, you can visit the Aquarium and shopping area. Passengers who do not want to stay here, to accompany them to the bus station, where they will take care of 2.30pm

Today a new chapter of Turismo Escondido, our series of notes from places around the world with little press, difficult access or far from the big cities, today it is the turn of Monserrat, in Catalonia.

The Monestir de Montserrat, Monserrat Monastery, is located by road just 60 kilometers from Barcelona, ​​approximately one hour by train from that city, recommended since the last kilometers by car would be very slow due to the dangerous curves of the road.

Declared a National Park in 1987, the Monserrat mountains are part of a massif located west of the Llobregat river, and which has its highest height exceeding 1200 meters in the Sant Jeroni, Cavall Bernat, Las Agulles, Serrat del Moro peaks. , Montgròs, Sant Joan and La Palomera.

The Monserrat Monastery should not be classified as a religious visit, but the landscapes that surround it, the mountain formations around it, enhance the natural beauty that is astonishing.

The history of Monserrat begins in the 9th century, when shepherd children observed a bright light that came down from the sky, and that it reached a cave. By telling their parents and taking them to the scene, they all witnessed the event again.

When they returned with representatives of the church, they found in the cave an image of the Virgin Mary, and since then the cave has become a sanctuary for religious pilgrims, a Holy Grotto or Santa Cova, on the mountain of Monserrat.